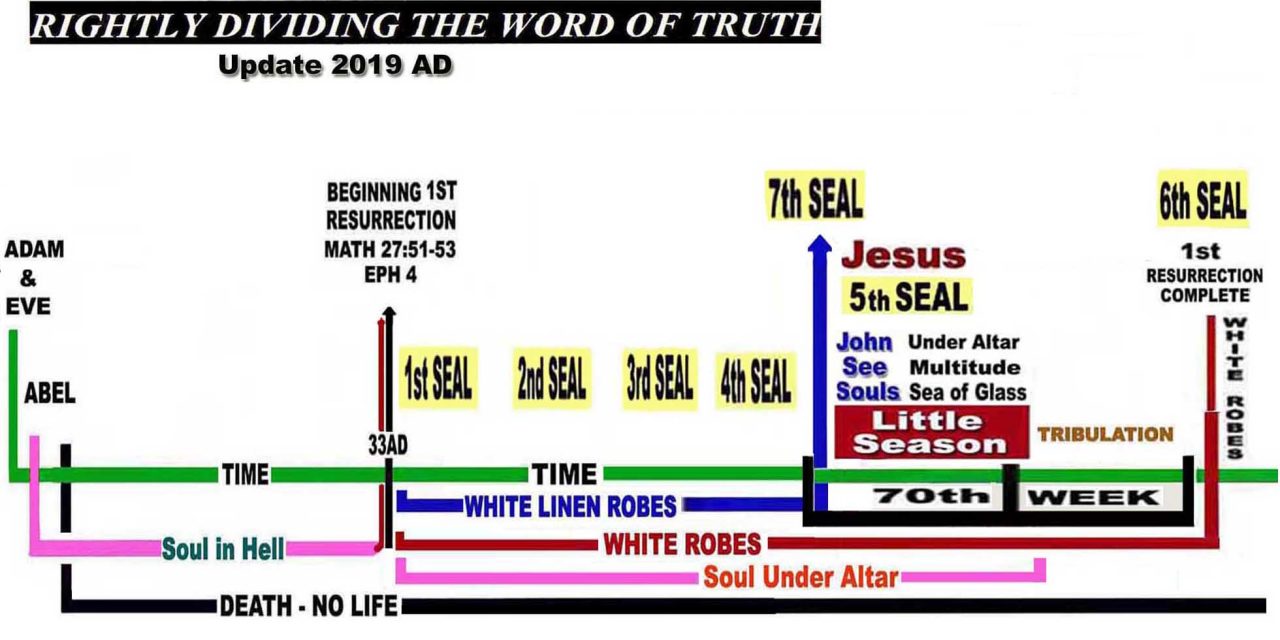 Rev 6: 9 when he had opened the fifth seal, I saw under the altar the souls of them that were slain for the word of God, and for the testimony which they held: 10 And they cried with a loud voice, saying, How long, O Lord, holy and true, dost thou not judge and           avenge our blood on them that dwell on the earth?
11 And white robes were given unto every one of them; and it was said unto them, that they should rest yet for a little season,                until their fellowservants (Prophets) also and their brethren, that should be killed as they were, should be fulfilled.

From The Fifth Seal

After the Fourth Seal, there’s no announcement by any beast power from the Fifth, Sixth, or Seventh Seal, not at all.                        According to the revelation that the Lord Jesus gave me today.  The mystery of the church ages are already finished at this time

364-3  Did you know Martin Luther kinda had that same idea, too? It’s the truth. He said, “All Jews should be taken out.

The Jews under the altar did not have white Robe during the Grace Age because to have White robes one Must accept Jesus Christ first.
These souls under the altar only get White Robes once Jesus is recognized at the Start of the 70th Week of Daniel.

Now from the beginning of the week of Daniel, Jesus said – to wait a “Little Season” Till fellow brethren is Kill,
which is about 3.5 to 4 years when the Antichrist goes to kill the 2 Prophets and the Jews remaining in the Land of Israel.   see Zec 13:8; Isa 3:25;  Isa 4:1

Therefore a Little Season is lest than 10 years or a Decade.